ICICI Bank may change the transaction limits for UPI under National Payments Corporation of India (NPCI) upper limits as per the bank’s policy.

In short, ICICI Bank may increase or decrease the limit as per its policies and criteria.

However, most of the time, you’ll be entailed to get the 1 lakh per transaction and Rs 1 lakh cumulative transaction value per day. We have confirmed this ourselves and even with bank officials and information available on ICICI bank’s website.

Though this may change or increase in the near future considering the growth of digital payments.

What about the number of payments in UPI?

What about the number of P2P transactions?

The max number of Person to Person UPI transactions that can be done in a day with an ICICI Bank account is five.

What about P2M, person to merchant transactions?

There is no limit to carry out Person to Merchant transactions with ICICI Bank. However, there’s only the limit of a maximum of Rs 1 Lakh.

Hence there’s currently a thumb rules that if you are only operating one bank as your primary bank account and utilizaing it for carriying out transactions via UPI, its wise to have mutiple bank accounts and UPI’s assocaited.

We recommend having IDFC first bank, it gives 7% interest rate on your savings account and as it hasn’t too many customers to put its Banking servers a tough challenge, we have rarely faced issues with them while making transactions. 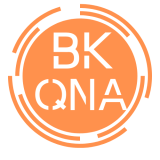